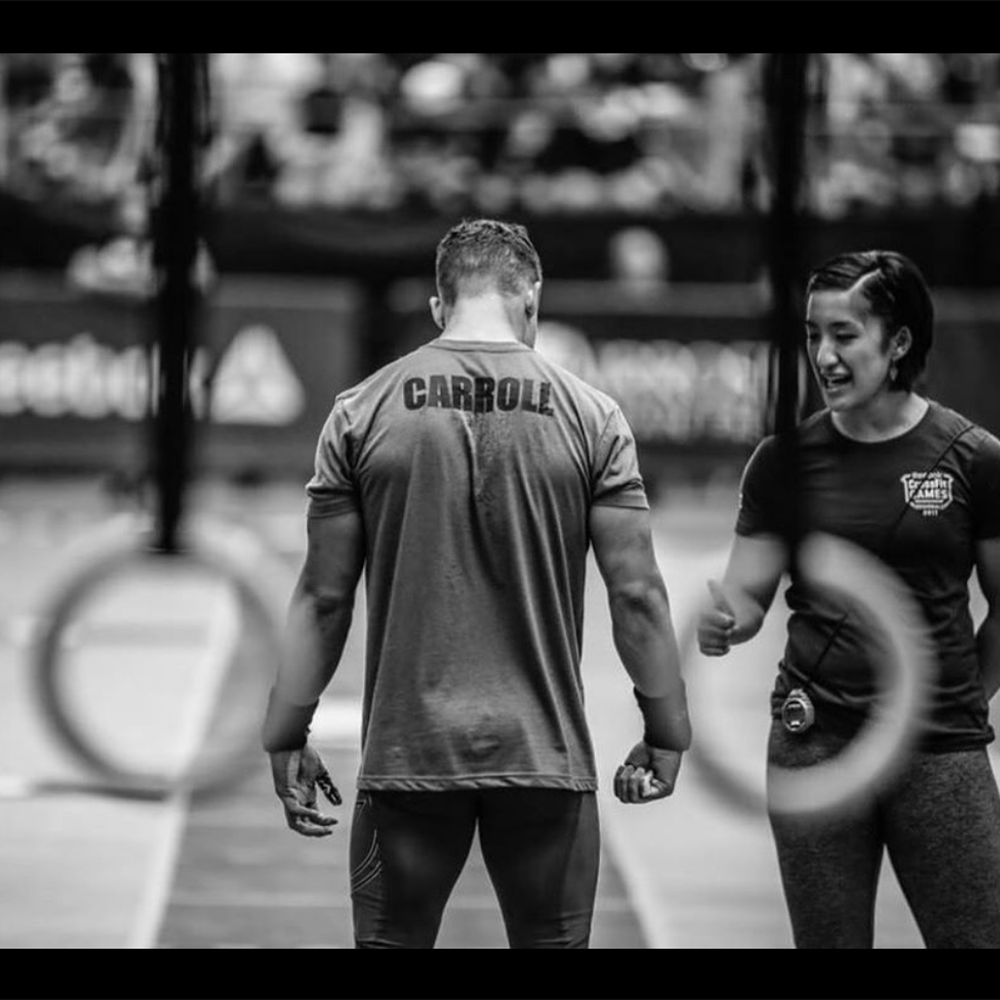 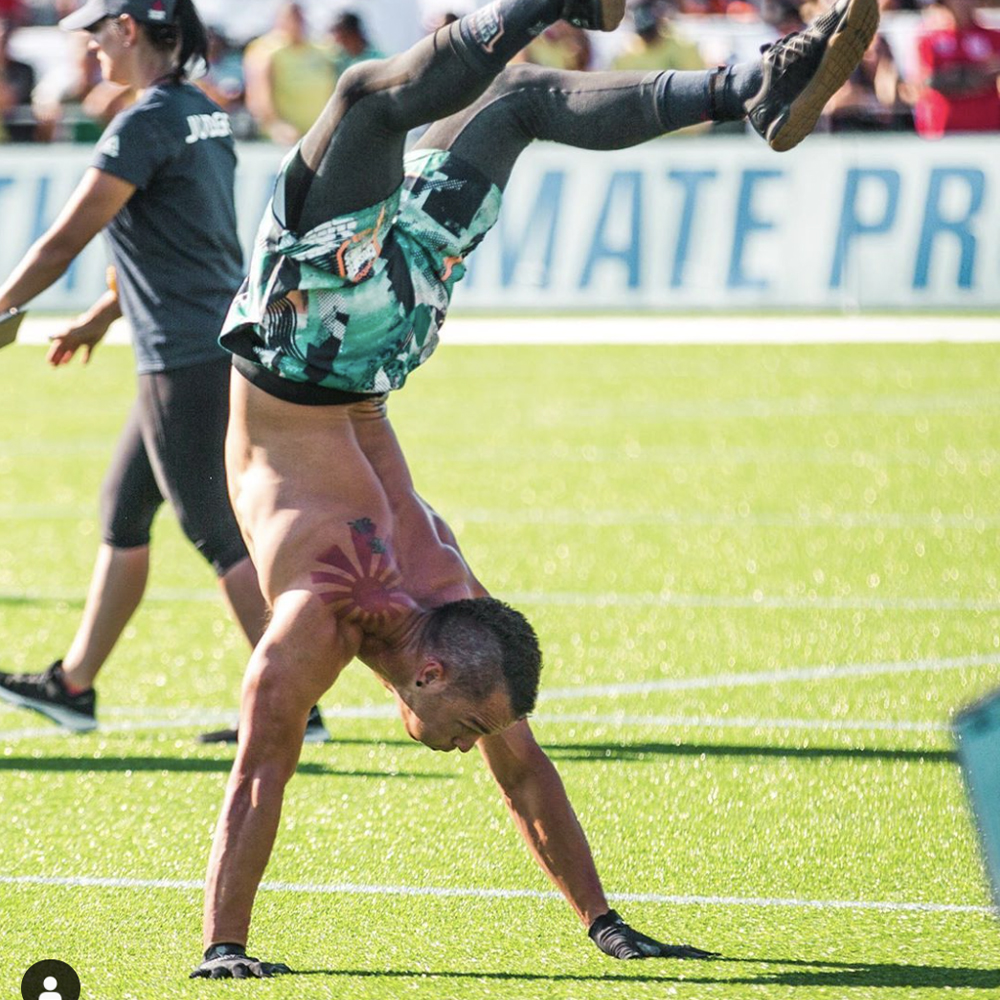 Jason Carroll is one of the top male CrossFitters in the world, an all-around great human being, and someone we at WOD Recovery are proud to say we sponsor and support in his CrossFit goals.

So what makes Jason Carroll?

Who Is JASON CARROLL?

Born in the city of Yorba Linda, California, Jason is one of the top CrossFit competitors in the United States of America as well as the world. He is a two-time CrossFit Games competitor and has found himself in the top percentiles of the CrossFit Open since 2015.

Carol stands at 5’10 and 185 pounds, and at only 31 years of age still has lots left in the CrossFit tank. On top of that, Carroll just so happens to be one of the brightest stars in CrossFit.

Jason has always been an athlete. He attended Esperanza High School, where he lettered on the varsity basketball team and first met one of his long time loves, the weight room. While he may not have been at the point yet where he loved everything to do with fitness, it was certainly a beginning.

After graduating from high school, Carroll attended California State University, Fullerton, where he earned a degree in Strength and Conditioning, Biomechanics, and Bio-Energetics under the great minds of Dr. Lee Brown and Dr. Andy Galpin. Jason sees his brain as another muscle, and just like every other muscle, it needs to get its pump on.

After university, Jason worked at Hoag Hospital in Newport Beach in the field of “Corrective Exercise”. There he deepened his knowledge base in human performance, rehabilitation, macronutrient calculations, and bodily movement screenings.

While Jason has made a name for himself in the CrossFit world, CrossFit is just a part of who he is.

Jason is a married man. At the 2017 CrossFit Games, with Jason as a first time competitor, he took advantage of his new stage the best way possible. He  proposed to his long-time girlfriend, Cassie, a CrossFit lover herself, in front of over 10,000 CrossFit fans.

When not killing himself on assault bikes and crushing WODs, Carroll still loves to stay fit. He loves to explore and hike, and mountain biking is a serious passion of his.

Jason is still relatively new on the CrossFit scene. In what he likes to call, “A series of fortunate and unfortunate events”, Carroll was introduced to the sport of CrossFit. With his passion for self-improvement and fitness, as well as his in-depth knowledge of the human body and what makes it tick, Carroll quickly went from novice to beast in the CrossFit Box.

from amateur to professional

After picking up CrossFit in 2014, Carroll made leaps and bounds in his WOD scores, quickly building up a name for himself due to his hard work and intensity. After only one year in the sport, Carroll placed 245th in the world in the 2015 CrossFit Open. That got him into the 2015 California Regional and gave him a legitimate shot at making the CrossFit Games.

While he fell just short of the 2015 CrossFit Games after coming 31st at the California Regional, Carroll’s incredibly improvements over his first year in the sport put his name on the map.

He moved on to the California Regional with one goal in mind – make the CrossFit Games. He just barely missed that mark, placing 6th at the regional and firmly throwing his name into the ring of the best CrossFitters in the world.

After the 2016 season, Jason rededicated himself to CrossFit. Always an incredibly hard worker, he knew that he would need to dig even further to reach his goal of making the CrossFit games. He taught himself to go above and beyond, pushing through mental and physical barriers and working as hard as he could every day, sticking to his program and trusting in it.

He strengthened the areas he already excelled in and focused on his weaknesses, especially one rep maxes, which he felt like he struggled in when compared to his peers.

Jason went into the 2017 CrossFit Open ready to dominate.

the hard work pays off

In the 2017 CrossFit Open, Jason placed 49th in the world. He dominated at the California Regional, and the hard work paid off, finishing in 3rd place. For the first time in his life and after 4 years of hard work, Jason was off to the CrossFit Games!

There, he came 28th in the world. He had solidly placed himself in the upper echelon of CrossFit competitors the world over, but that did not stop him from working just as hard the next year.

He made the CrossFit Games again in 2019, and is looking to head back year after year.

What is most incredibly about Jason is not how far he has come, but how he has not taken the foot off the gas pedal. No matter how well he does in a CrossFit season, he finds himself back in the gym mere days after finishing competing.

So how does he do it? How does he put his body through such a physical toll for a season, then start all over again a few days later?

What Jason understands, along with all other high-level CrossFit competitors, is that recovery is as important as the workout itself. To get the most out of your body, recovery needs to be focused and intentional.

Jason is an avid believer in rolling, stretching, and mobility work, before and after a training session.

He also understands that there are ways to increase recovery beyond rolling and stretching, which brought him to his partnership with WOD Recovery.

Jason uses WOD Recovery Rx’s Full-Spectrum Hemp-Derived CBD Oil for a quicker, more effective recovery process. With its all-natural ingredients, CBD oil helps the body calm down and relax after a workout, leading to deeper sleeps and better recoveries before Jason does it all over again the next day.

So much so, that he recorded a education series titled Body Recovery Masterclass, which you can find here.

With Jason's knowledge about the human body and how it interacts with all the elements a CrossFitter will use during training and rest, what he shares in his knowledge is truly incredible.

Workout hard, recover fast, and above all, continue to find enjoyment in CrossFit and fitness!